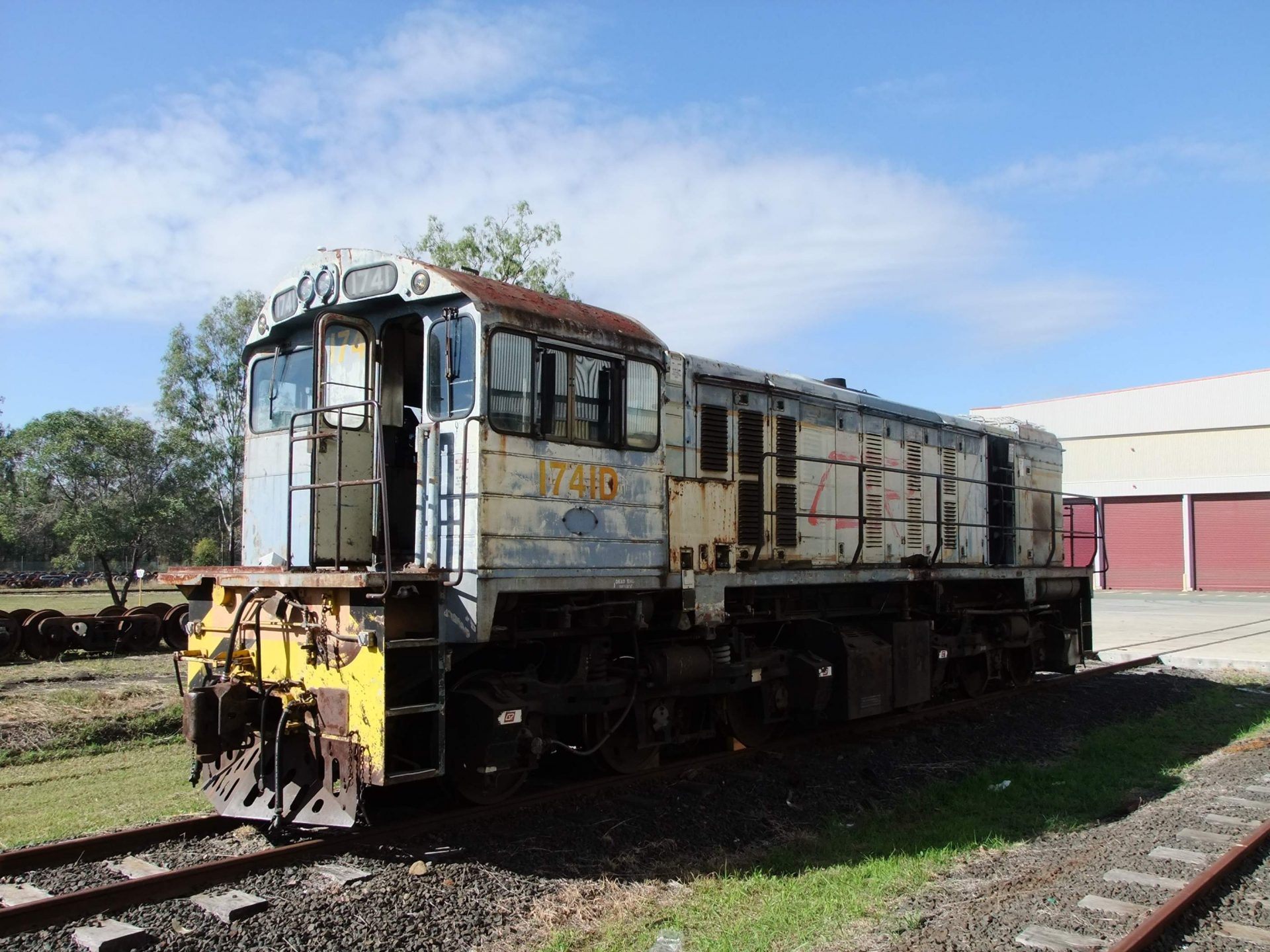 1741D has now been moved to its temporary home.

Mechanically, 1741D is in running condition. During the sale to Apex Industrial, all possibly explosive liquids and appliances were removed (ie. lubricants, fuel, fire extinguishers and batteries) so once these are replenished, she will be able to start.

Cosmetically, there is a fair bit of work to do to restore her to her gleaming self. She spent the last 11 years as the yard shunter at Redbank Workshops. 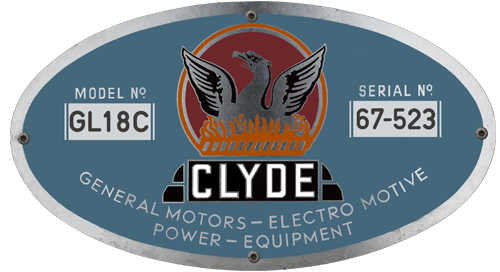 The 1720 class were first manufactured in 1966 and followed on from the 1700 class with a mostly identical body, with a number of additions – a newer powerplant (EMD 8-645E) which developed 745kW (1000hp) vs. the 1700’s 875HP; fast release brakes for suburban passenger operations; and hydrostatic radiator shutters which enabled more efficient cooling. Later they would be modified for driver only operation (DOO) which changed their cosmetics substantially (much the same as the 1700 class). A larger windscreen, and an air-conditioning pod were added. A ‘D’ suffix was appended to each locomotive’s running number to denote their DOO status.

The members of the class could be found operating all over Queensland on branch line goods, suburban operations, shunting, main line freight. Most notably, 6 members of the class are currently responsible for hauling Queensland Rail’s Kuranda Scenic Rail between Cairns and Kuranda each day; wearing a bright indigenous livery. As time has worn on, their branch line mission has been lost to either closures or upgrades so that the lines can be traversed by 90t or heavier locomotives; as such they have been displaced to secondary status on freight and passenger with Queensland Rail and Aurizon. Unfortunately they are becoming surplus to the modern operator’s requirements and a number have been sold overseas working in South Africa and further afield.

It has been difficult for preservationists to be able to procure surplus locomotives in the many tender for disposals that have been initiated by Aurizon due to non-compete clauses in the documentation. However it seems this period has now expired as the market for second hand locomotives in Africa and South America has now ground to a halt. This means that some locomotives will be harder to shift, and may end up scrapped when there is no market for them (Aurizon’s surplus electric locomotives).

We have managed the impossible, and have now become the only rail preservation group to have procured a 1720 class locomotive for preservation. 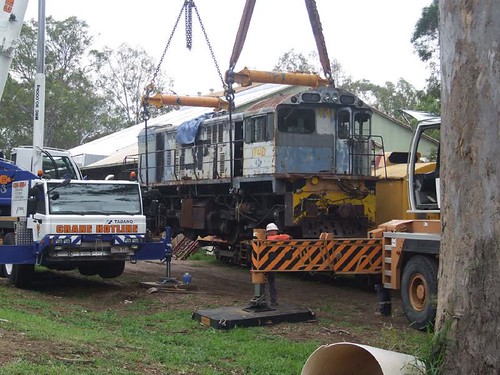 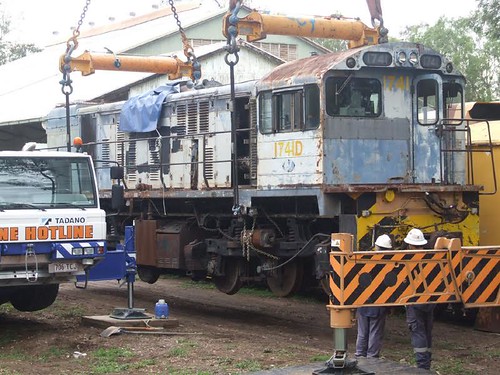 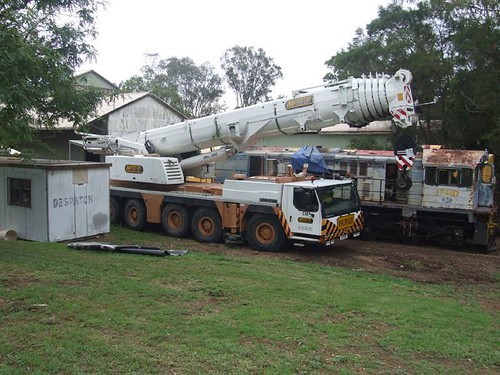 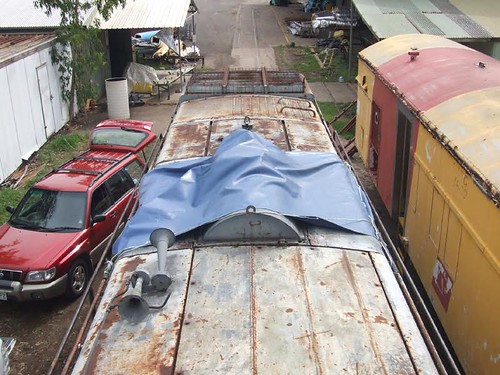 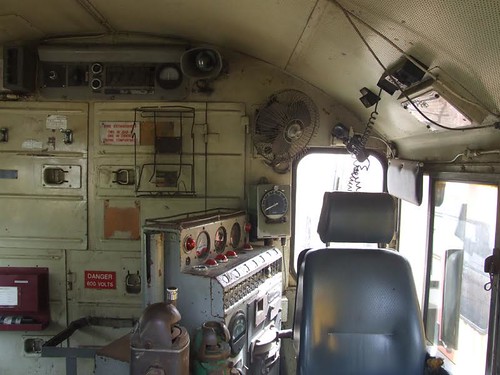 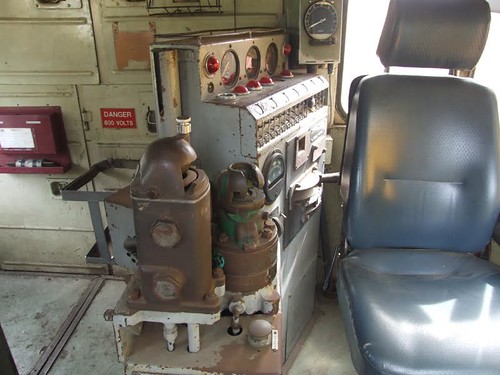 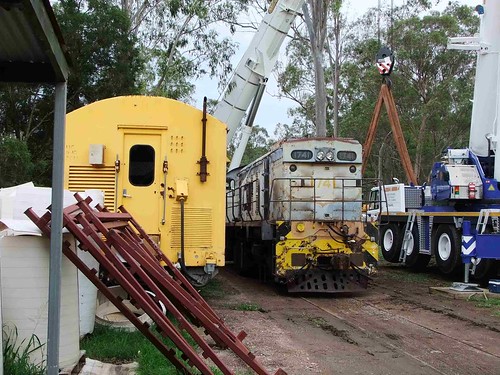 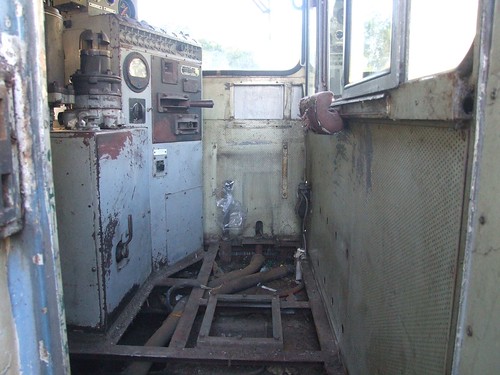